By Mitra Taj and Anatoly Kurmanaev

He ordered one of Latin America’s first and strictest lockdowns, and rolled out one of the region’s biggest economic aid packages to help citizens stay home. He shared detailed health data with the public, rushed to add hospital beds and ventilators and increased testing.

Yet instead of being lauded as a model of disease control, Peru has become one of the world’s worst coronavirus hot spots — its hospitals overwhelmed, its people fleeing the cities. The crisis has marred Peru’s veneer of economic progress, exposing the deep-rooted inequality and corruption that have thwarted its pandemic response.

“They asked us to stay at home, but a lot of people have no savings so that was impossible. They asked us to wash our hands, but one in three poor households has access to running water,” said Hugo Ñopo, who works for a Peruvian research group, Grade. Only half of Peruvian homes have refrigerators, he said, forcing many families to return daily to crowded markets, a major source of contagion. 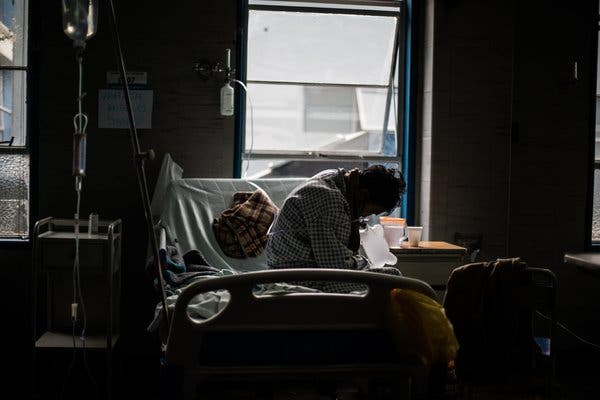 Peru’s tragedy is unfolding amid a broader explosion of the virus in Latin America, which has turned from a haven to an epicenter of the pandemic over the past two months. About 1.5 million people in Latin America have tested positive — and experts say the real number of infections is much higher.

The numbers are still rising sharply and the worst appears to be far from over. With winter arriving in the southern part of the region and hurricane season in the northern part, the World Health Organization warned this week that these adverse weather conditions could lead to a new spike in infections in Latin America and hinder its pandemic response.

Peru has had about 6,000 confirmed Covid-19 deaths and more than 200,000 infections, and experts say those numbers understate the true extent of the pandemic. In May, the death rate in Peru from all causes was twice as high as the average of recent years, according to data compiled by The New York Times, suggesting a coronavirus death toll two to three times the laboratory-confirmed figure. Many with symptoms die without being tested.

The ferocity of the outbreak in Peru rivals that in neighboring Brazil, where President Jair Bolsonaro — unlike Mr. Vizcarra — has largely ignored expert advice and has refused to take steps to control the contagion.

“Results haven’t been exactly what we expected,” Mr. Vizcarra said last month. “This isn’t just a health or sanitary crisis, but a social and economic crisis without precedent.” 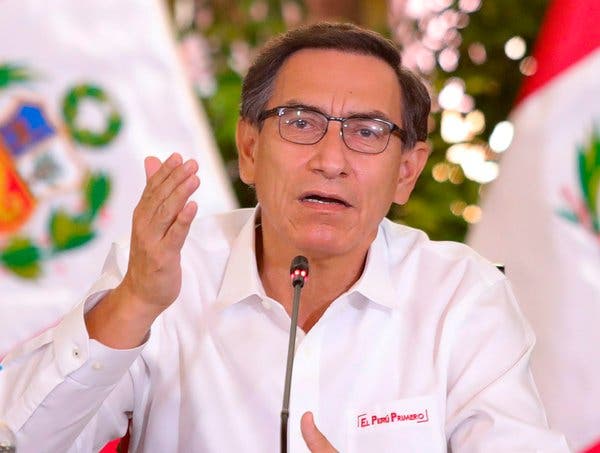 Before the pandemic, things were looking up for Eduardo José Domínguez, 29, who managed a sandwich shop on the outskirts of Lima, Peru’s capital. But when the lockdown closed the store, he took odd jobs as a carpenter or night watchman to pay the bills, working up to 15 hours a day until he got so sick with Covid-19 symptoms that he could barely walk.

“He was just trying to provide for his family,” said his wife, Ana Ponte.

For days, she said, she called for medical help as her husband gasped for air, but was told that hospitals weren’t taking new patients. On the day he died, she tried in vain to breathe life back into him, while waiting for an ambulance that came too late to help. 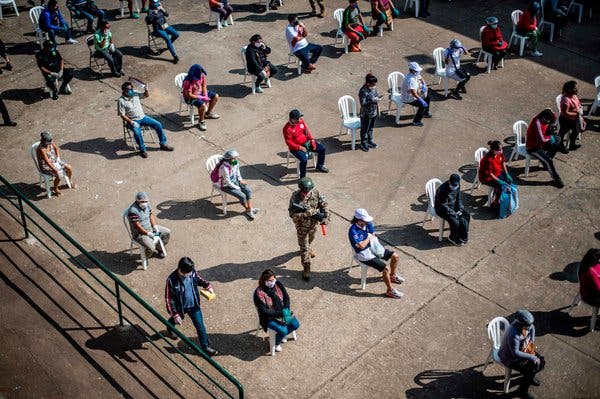 Years of strong economic growth fueled by mining and agricultural exports, as well as prudent financial policies, had turned the country into a rare bright spot in stagnating Latin America. Under a string of pro-business presidents, millions of Peruvians escaped poverty in this century, allowing them to send children to private schools, install running water or start small businesses.

But the lockdown has exposed the fragility of Peru’s economic progress, said Pablo Lavado, an economist at the Pacific University in Lima. Two decades of economic growth lifted many incomes but brought few stable jobs and little health care investment, reducing the effectiveness of President Vizcarra’s pandemic measures.

Mr. Lavado said many Peruvians find themselves in the same situation as Mr. Domínguez — forced to risk catching the coronavirus, rather than stay at home and slide into poverty and hunger. 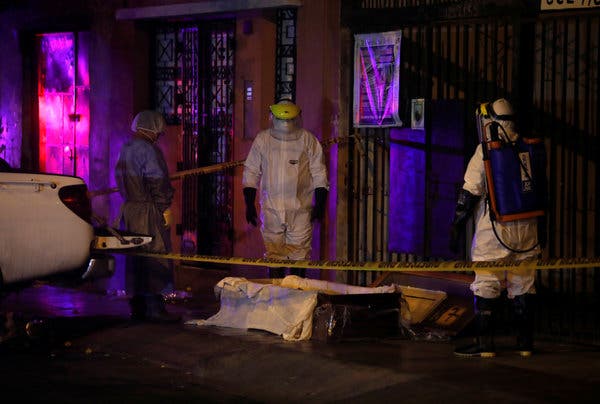 “Here we were congratulating ourselves in Peru for starting to be a middle-class country,” he said. “But it turns out our middle class is very vulnerable, very fragile.”

Another obstacle has been the entrenched corruption that Mr. Vizcarra vowed to tackle when he took office two years ago. Three former presidents of Peru have spent time in jail in connection with an ongoing bribery investigation, as has the opposition leader. Another former president committed suicide last year to avoid arrest and yet another is imprisoned after multiple convictions for human rights violations, embezzlement and abuses of power.

Anti-corruption prosecutors have opened more than 500 inquiries since the lockdown began on March 16, most often looking into reports that officials pocketed money that was supposed to pay for food aid or personal protective equipment. Two dozen cases involve the police or armed forces.

Aid programs have not reached many people who need them. Out of work and fearful of the virus in crowded cities, Peruvians by the tens of thousands have streamed back to their home villages, many of them on foot. Some people have taken to begging door to door.

Among the most vulnerable are the nearly one million Venezuelan migrants who had flocked to Peru from their devastated homeland since 2016 in search of better lives. Ineligible for government stipends and lacking nearby family networks to fall back on, thousands of them have made the arduous trek back to Venezuela. 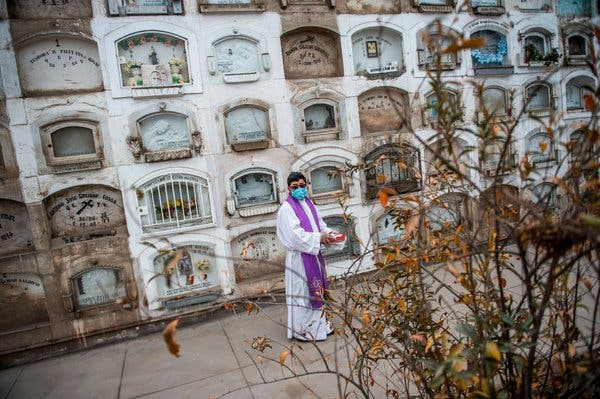 Mr. Domínguez, who arrived in Peru two years ago, was among the Venezuelans who stayed.

He had earned enough that he and Ms. Ponte had a second child last fall, a decision they had postponed for years. This year, he had planned to visit Venezuela with his cousins, eager to show off his newborn son.

When an ambulance reached their home, minutes after he had died, the medics told Ms. Ponte that they had no tests to confirm that he had coronavirus; he would be one of the legions of likely victims not included in the official tally. And they said they had nowhere to store his body.

“Help didn’t arrive. It didn’t arrive. I was crying and screaming for help but no one would come,” Ms. Ponte said, weeping as her husband’s body lay in a bag outside the room where she sat on a bed with her 10-year-old son and 8-month-old baby.

“He was everything to us.”