Victoria has called in the military and asked other states for help as it struggles to contain a surge in coronavirus cases amid another death.

The state has seen a spike in COVID-19 infections in the past week, with another 20 cases and a death recorded on Wednesday.

The Australian Defence Force, NSW, SA, Tasmania and Queensland have been enlisted.

"This support will mean we can get even more tests done and results back quickly - and a stronger effort to remind Victorians if you are sick, stay home and get tested," a government spokeswoman said in a statement. 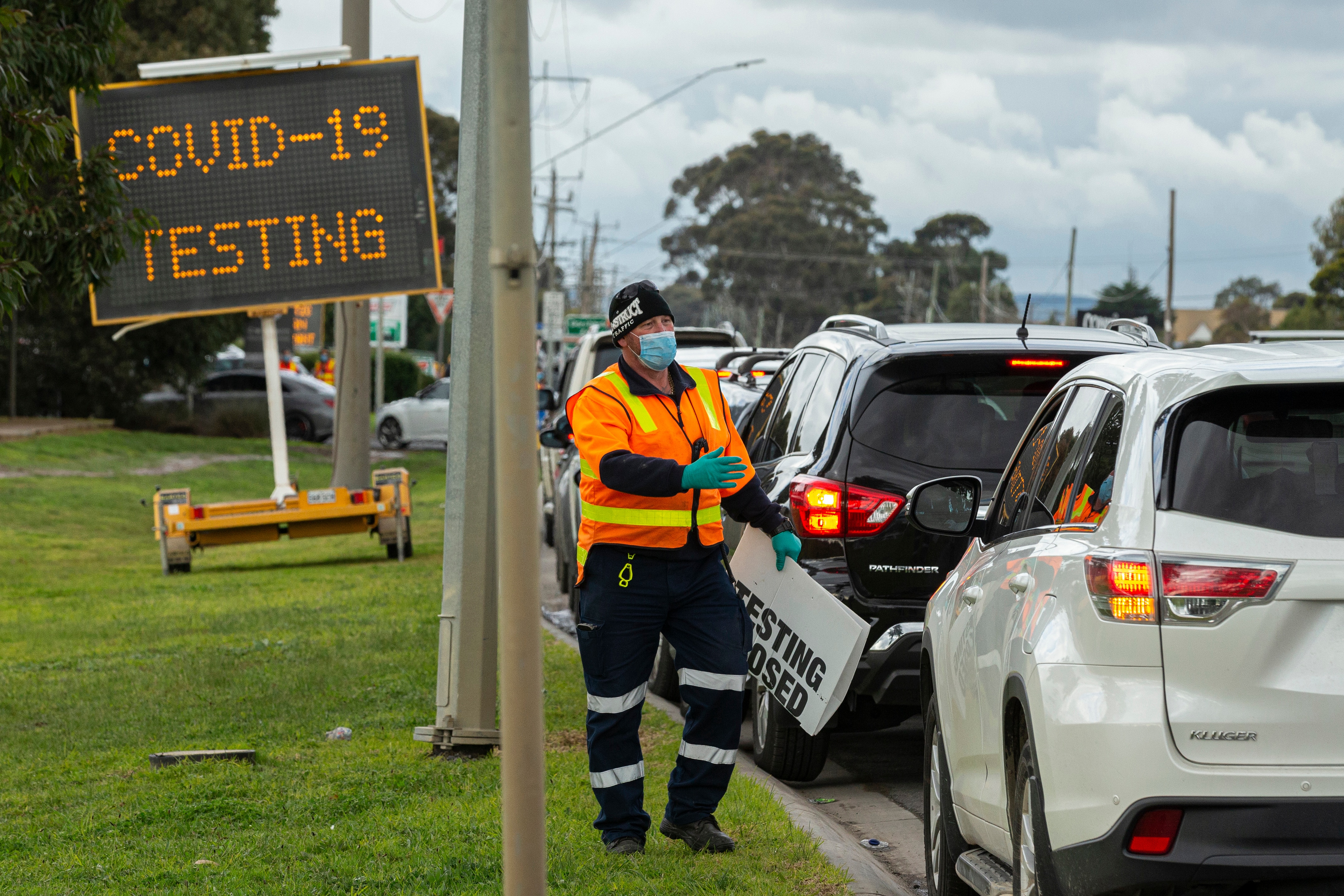 Community engagement in the local government areas of Brimbank, Casey, Cardinia, Darebin, Hume and Moreland has been ramped up, including doorknocking, after they were identified as coronavirus hotspots.

The areas consist of large migrant populations, with many speaking languages other than English at home.

"You do need that community leadership, community champions, and all of the modes and methods available to you," he said on Wednesday. "There are people who use social media from their country of origin or amongst their network of friends as their primary source of information," Professor Sutton said.

"A lot of it tells them that it's all rubbish messaging from the government."

Information about the virus has been translated into 55 languages, but Health Minister Jenny Mikakos conceded people in the hotspots may not engage with traditional media.

"We have to work harder to reach these people," she told ABC radio.

He blamed Black Lives Matter protests held in Australian cities two weeks ago for a "relaxation" of attitudes towards social distancing.

"Many Australians have said, 'Gosh, if it's okay for 10,000 people to congregate and huddle together, surely it would be okay for 10 in my family'," he said.

A man in his 80s is the latest to die from the virus, bringing the state's death toll to 20. Nationwide there have been 103 deaths since the start of the pandemic.

Of the state's 20 new cases on Wednesday, nine were identified through routine testing, seven are linked to known outbreaks and one is a returned traveller in hotel quarantine.

Three people have been linked to a Keilor Downs family cluster, two are staff members at Hampstead Dental in Maidstone, and another case has been linked to St Monica's college at Epping.

One case has been linked to Northland H&M, bringing the total number in that cluster to five.

Professor Sutton said 241 cases have been identified as community transmission, an increase of eight since Tuesday.

The reproduction rate of the virus has also increased, with those infected passing it on to an average of 2.5 people.

Since the spike in new cases, drive-through testing sites have experienced extremely high demand, with a four-hour wait at some sites and people turned away at others.

There have also been reports of panic buying at a small number of supermarkets.

The state's total number of infections is 1884, with 141 active cases.

The post about “Victoria calls on military assistance as it scrambles to contain a new coronavirus surge" first appeared on the SBS Australia website.

The commercial laundry changing lives one wash at a time