Renata Tavares Silva is an unemployed student living in Sydney.

But unlike her Australian counterparts who can rely on a government safety net, the international student from Brazil is on her own.

"[I'm] simply terrified, each way you look you feel like 'I don't have anywhere to go'," she told SBS News.

The 27-year-old has lived in Australia for two years and has almost completed her master's degree in digital management at Kaplan Business School.

She had been working at a hotel in Sydney to support herself but when COVID-19 hit and occupancy rates dropped, she was shown the door. 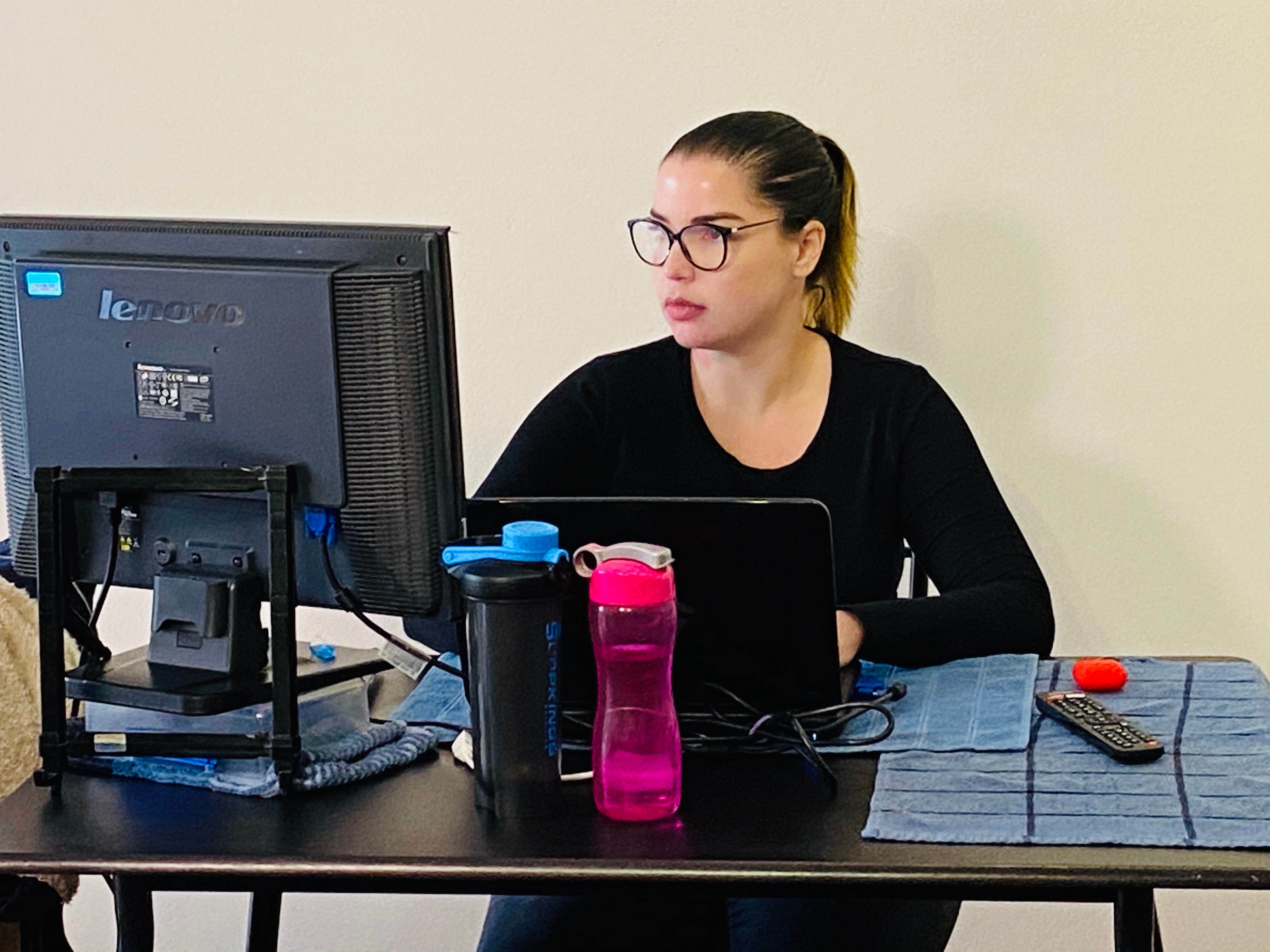 International student Renata lost her job during the coronavirus pandemic.

"This year when I'm about to finish school, I simply lose my job, how will I survive?" she said.

Renata hasn't found any work since and is now dependent on her partner's income.

As she discovered, the desperation to regain employment exposes the more than two million people on temporary visas to a greater risk of exploitation.

She says she was asked to do a trial at a cafe in Sydney only to be told she was expected to stay and work for five hours for free.

"She said, 'hey if you pass the trial I can pay you $17 hourly' and it just made me realise I had to leave that place," she said.

The minimum wage in Australia is $19.84 per hour. Renata has since reported the business to the Fair Work Ombudsman.

But wage theft is only part of the problem.

A nationwide survey of more than 5,000 temporary visa holders - 67 per cent of them on a student visa - paints a devastating picture of the impact of the COVID-19 pandemic.

Conducted by Unions NSW between March and May and released on Monday, it found 65 per cent of respondents had lost their job (60 per cent for international students) and 39 per cent didn't have enough money to cover basic living expenses.

Thirty-four per cent were already homeless or close to being evicted because they couldn't pay rent and 23 per cent were sharing a bedroom to reduce costs (26 per cent for international students).

A worrying 43 per cent said they were also forced to skip meals on a regular basis (46 per cent for international students).

"Without support, we are driving them not only into poverty but into exploitation," secretary for Unions NSW Mark Morey said.

"You've been encouraged you to come here, you've paid your taxes, you can't go home and so we're just going to abandon you? That's not what a country like Australia does, that's not our values."

Results from another national survey of temporary migrants conducted by UTS and UNSW shows financial hardship among the cohort is likely to only worsen over the coming months, prompting a fresh push for the federal government to extend its Jobseeker and Jobkeeper schemes to them.

Associate Professor Laurie Berg from the University of Technology Sydney said: "over half of our 6,000 respondents said in July that they thought that their financial situation would get somewhat or much worse in the coming six months and that was before the second lockdown in Victoria".

She said government support is needed not only for humanitarian reasons but also economic ones, with data showing the treatment of temporary visa holders is impacting Australia's reputation abroad.

"Fifty-nine per cent of international students and working holiday makers told us that they were somewhat or far less likely to recommend Australia as a destination for study or a working holiday since their experiences in COVID."

"Over the coming months Australia is likely to remain home to hundreds of thousands of temporary visa holders and we now know from the Unions NSW report that they've been destitute from the very first weeks of lockdown and their situation is likely to deteriorate further."

"It's really incumbent upon the federal government to step up and provide support to those on a temporary visa who lost jobs in which they were paying tax and making a huge contribution to the Australian community."

Extending JobKeeper and JobSeeker to all temporary visa holders would cost an extra $20 billion over six months.

Acting Immigration Minister Alan Tudge told SBS News in a statement "there has always been an expectation that temporary visa holders are able to support themselves while in Australia".

"In keeping with this principle, we have enabled temporary visa holders to access their superannuation and have been flexible on visa arrangements."

"Our priority for welfare has to be on Australian citizens and permanent residents."

Renata says she is lucky to have her partner for support and has thankfully never had to skip meals, but wants the government to "think about us ... because we are a great part of this community as well".

She hopes to apply for a graduate visa and stay in Australia after she completes her degree.

"I hope I don't have to leave because I love this country, I love being here, it's a dream come true and I really want to take advantage of these other two years of visa that I still have."

The post about “Australia's international students are going hungry, with 60 percent now unemployed" first appeared on the SBS Australia website.

To engage in the latest trends, developments, and opportunities in educational opportunities across Australia and Latin America, join our community at Education & Training Group.

Australia is edging closer to obtaining a coronavirus vaccine - but will people actually get it?